Who has the most buying power today? Hint: Women.

September 17, 2015
UncategorizedComments Off on Who has the most buying power today? Hint: Women. 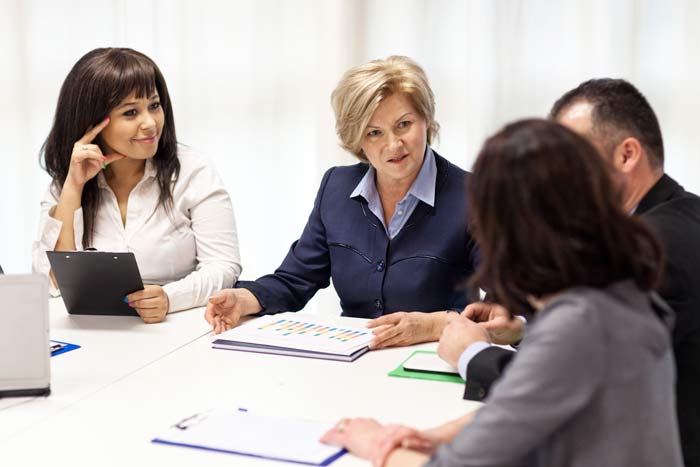 It is no surprise that women are the dominant voice behind the majority of household purchases today, influencing brand selection and loyalty, buying frequency and methodology. Women have long held the traditional role in running the household, which naturally includes maintaining and purchasing furnishings, appliances, cleaning supplies, food, clothing and other related items. While women have always had a great deal of influence in such areas, what may be surprising is just how much buying power women have accumulated over the last few decades and how their influence has extended much farther than traditional household purchase decisions.

Given the troves of market research released in the last 10 years that have predicted and documented the rise of women’s personal wealth and professional and educational advancement, paired with an increase in non-traditional family household roles, what is really surprising is how slow many marketers have been to respond and effectively capture their real target. The rising influence of women has been a consistent trend and their buying power and influence is well documented with statistics such as: women account for 85% of all consumer purchases, including everything from autos to health care; women will control two-thirds of the consumer wealth in the U.S. over the next decade and be the beneficiaries of the largest transference of wealth in our country’s history; in 2013, women earned 62% of all associate’s degrees, 57% of all bachelor’s degrees, 60% of all master’s degrees and 52% of all doctor’s degrees; women comprised 46% of the Super Bowl’s viewers, with nearly half stating they preferred ads to any other part of the game.

According to the Harvard Business Review, women now drive the world economy. While this may not be news to many marketers, many need to reevaluate just how to effectively reach and attract the female consumer without being condescending or patronizing, or completely underestimating their audience. Marketers may be aware of women’s influence on purchasing decisions, yet continue to use outdated stereotypes about their role in the household and workplace, ignoring their growing influence in the world at large; the number of working women in the U.S. is about to surpass the number of working men, with an estimated total income of $18 Trillion in 2014, up from $13 Trillion in 2009.

Looking specifically at women in the workplace, many shifts have taken place over the last few decades. Education and a shift in traditional family roles have clearly had an influence. According to a recent article in Time magazine, women hold nearly half of the non-farm jobs in the U.S. and own nearly one third of companies. In terms of mothers, 64% of mothers with children under the age of 6 work outside the home, and 40% of all households with kids under the age of 18 include mothers who are either the sole or primary source of income for the family. The tides have clearly shifted in terms of the traditional role in the family of the “bread-winner” and looks to continue skewing more favorably towards women. In 1990, 25% of wives earned more than the husband, and by 2008 that number increased to 35%. It also appears as if pay equity among genders is improving, with single, childless women in their 20s currently making more money than their male peers in 47 of the 50 largest U.S. metro areas. According to a 2012 Media Post article, it is projected that by 2028, the average woman is expected to earn more than the average male.

Women have always made the majority of household spending decisions, as 75% of women identified themselves as the primary shoppers for their households, and they will have even more purchasing power as they continue to contribute more money to their households. As of now, women control more than 60% of all personal wealth in the U.S. and account for over 50% of stock ownership. Some of the greatest opportunities for marketers to tap into the more powerful, educated, independent and evolved female consumer lie with traditional male oriented products and services. Automobiles and servicing, financial services, home improvement products and consumer electronics are some areas where women feel greatly underserved and misunderstood by marketers. Yet, their spending in these areas greatly outweigh men.

Taking the automobile industry into greater focus, women account for 65% of new car purchases, request 65% of service work done at dealerships and influence up to 80% of all car purchases. Additionally, women account for 45% of light truck and SUV purchases. Yet, more than 75% of women polled feel they are misunderstood by car marketers and only 38% feel comfortable and confident in the car-buying arena. Perhaps one of the biggest problems facing industries trying to more effectively market to women lies within their own corporate structure, as only 17% of all employees in the auto industry are women. Surprisingly, this statistic resonates within a traditionally female-targeted industry: beauty products. This too is incredibly a male-dominated industry, as women are well represented in entry-level jobs but drop off drastically at executive and senior leadership levels. The result is that men make hit-or-miss guesses about what women want and products come and go at a rapid rate. With both industries, a good step towards gaining market share would be to put more women at the top to help make the key decisions about what resonates with target customers.

The Harvard Business Review study offered an insightful approach to marketers to further categorize the female consumer into 6 distinct segments, rather than just taking into account age and income. These segments take into account marital status, children, their stage in life, as well as professional status. Using these variables as guidelines, they further identified characteristics of each segment and what types of purchase were important as well as what emotional components were attached. The six key female consumer segments were identified as:

Rather than broadly marketing to women as one group, marketers will be well served to fully understand each segment and which they need to capture, as women will increasingly resist being cast into stereotypes or segmented only by age, income or child-status.

Another important consideration for marketers is women’s relationship with the Internet, how they seek and share information and how they communicate. Internet usage and social media may have a 30+ year history, but its real impact on the world of advertising has taken place over the past 5-8 years, disrupting a traditional model that had been in place for nearly 100 years. Even the advent of television and cable were merely extensions of existing models; social media has provided the interactivity and communication tools to dramatically empower the female voice, as females are the primary users. Women spend an average 2 hours per day using social media, with some saying their best friends they know only through Facebook or Twitter and 24% of women claiming they would rather socialize through social media than in person. Other important statistics show that women account for 58% of total online spending and 22% shop online at least once a day. Not only are they the top consumers via Internet, but women share deals and information, regularly blogging about products and deals and actively seeking advice from their female peers.

The female market is a huge opportunity for marketers in all consumer segments and it would be wise for them to better understand just who their target audience is. As the dominant voice in nearly all consumer good categories, women are universally vocal about being dissatisfied, underserved and misunderstood. Knowing whom you’re targeting and what she looks for in the marketplace is a huge advantage, particularly in known businesses where women are most likely to spend more or trade up, such as food, beauty, fitness and apparel. Yet with the aforementioned statistics on being the primary decision maker for purchases such as home furnishings, vacations, automobiles, health care and consumer products, it is time for a general shift in the marketplace to take a closer look at who really has the buying power and how to reach them.