Undivided Attention: “I’m sorry. What did you say?”

December 14, 2017
Blog postComments Off on Undivided Attention: “I’m sorry. What did you say?” 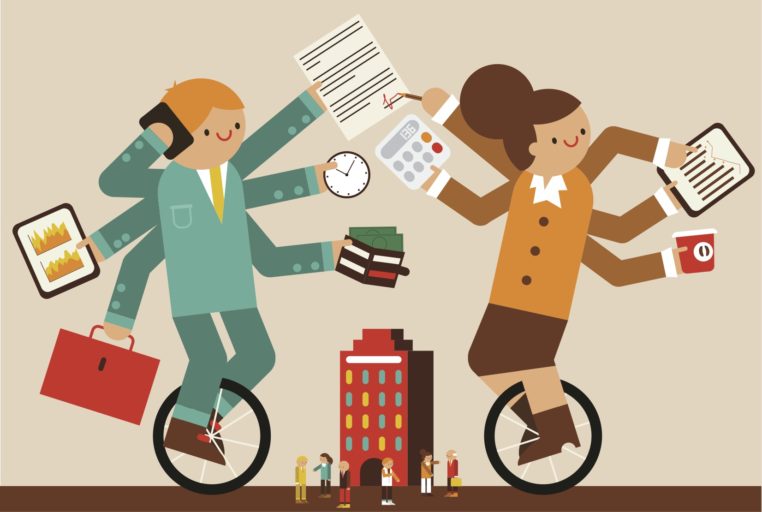 Why is it so difficult to get someone’s undivided attention these days? Because it is not expected. Giving someone undivided attention was traditionally a display of interest, good manners and respect, in both personal and professional settings. The rise of distractions, predominantly but not exclusively attributable to electronic devices, has lowered expectations when it comes to receiving undivided attention, ever, from anyone.

Attention to one person or thing, or lack thereof, is a central component in the shifting reality of the standards for interpersonal communication and intimacy today. As the next generation was born into this new reality, perhaps those most affected are the Gen-X ers, still active leaders in the society and workforce, expected to adapt to this shift; it is nearly impossible to unlearn the core principles of forming meaningful, personal relationships, values taught and learned for generations. At some point these values stopped being “valuable”, and fewer continue to impart their importance for the generation to come.

Undivided attention is the antithesis of multi-tasking, and it is no secret that society prizes multitasking today, at home and at work. The advent of technology has encouraged immediacy of access for executives, housewives and teenagers alike, giving current society the semblance of living in a current state of distraction. The habit of being constantly “plugged-in” compromises concentration, creativity and relationship building skills, has a direct link to the steady increase in stress-related illnesses. Studies have likened withdrawl symptoms from PEDs (Personal Electronic Devices) to those of street drugs.

So how did we get here? The age of technology has been the natural progression from the Industrial Revolution, as man continues to invent and refine machines to make life easier, improving workplace efficiency and production output. Eli Whitney’s cotton gin, a landmark invention in the late 18th century, revolutionized the cotton industry by increasing output by nearly 10x in the course of a few short years. The auto industry is a good example today of an industry primed for disruption by technology and artificial intelligence systems (robotics), as hundreds of plants now achieve the same output of a decade ago with less than half the workers needed.

Therein lies the balance of good and bad: improved efficiency in manufacturing output weighed against loss of jobs. The same can be said for electronic devices, technology and unprecedented access to information. The learning opportunities afforded by the internet has enriched the education of countless students and citizens, in many ways equalizing educational opportunities across income levels. Increasingly sophisticated programs allow for inspiration to create and researchers have unprecedented access to related studies to further their own. Where you live no longer determines access to information, cultural enrichment and global exchange of ideas. Yet it is not the same as personal experience.

With all of this information, there is also a great deal of misinformation, or the buzz-word of the day: “Fake News”. The more reliant our society becomes on seeking information exclusively on-line, or communicating via email, text or social media, the more susceptible we are to propaganda, miscommunication and living an almost alternate reality existence. Buzz-Feed, a major news sources for today’s social-media savvy, is reminiscent of Orson Welles’ panic inducing War of the Worlds radio broadcast. Actual news and cleverly disguised promotional messages often appear side by side on trustworthy sites.

Which brings us back to (lack of) undivided attention and the perpetual state of distraction. The Gen-X leaders of society should have the basic tools to keep up with progress, while exercising the necessary restraint and discipline to keep mind, body and relationships healthy, and a few innovative leaders do. PEDs are just one of many in the long line of distractions preventing undivided attention and encouraging multi-tasking. More will come. The next generation needs to be taught the proper balancing act from the start, with the teachers (parents, mentors and role models) leading by example. Technology and science will continue to evolve and advance at an ever-dizzying rate as the natural, inevitable course of progress. But it can never replace the value of human relationships, as at the very core we are social creatures and crave intimacy and touch which cannot be computer generated.

Side by side with the increasing use of social media as the primary means for personal communication and the indirect directives to multi-task and stay “plugged-in”, is the swelling popularity of “mindfulness” practices, such as alternative medicine, meditation and yoga that dictate “un-plugging”. The dichotomy is evidenced in scores of yoga devotees that dart out the door after finishing their practice to race onto their next engagement. Check that off the list and keep moving.

A few statistics that are relevant to the topic of (lack of) undivided attention, disengagement from personal contact and consequences thereof include:

Let’s face it, showing up is not the same as being present., and physical cues and touch are a vital part of communication. The act of giving someone or something undivided attention requires conscious thought and discipline. Every task at hand is more effectively and efficiently completed with devoted attention, with costly mistakes often avoided; similarly, every relationship is more properly nourished and cultivated, with misunderstandings avoided. In person will always be more important than on-line. This will never change, as countries, companies and families all have one thing in common: they are run by human beings.