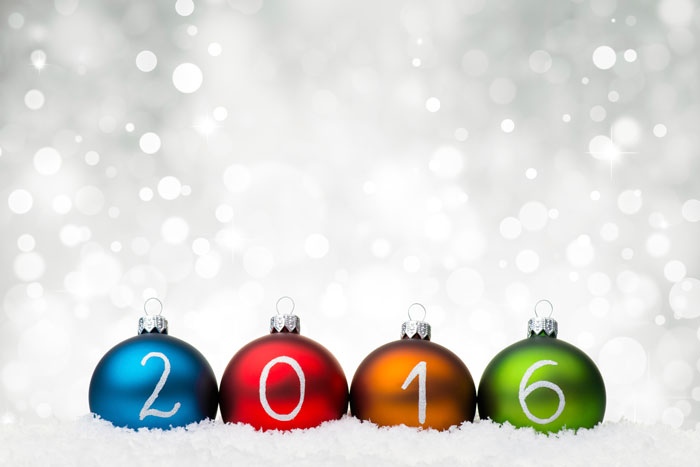 December once again comes to a close and the average person begins contemplating how to make the New Year a better one, seeing the opportunity to start a new and better life. December starts to feel like a month long hangover of excess; too much food, drink, spending and socializing. Usually at the top of the list for New Year resolutions is the intent to not eat, drink and spend so much next December, to try not to do as much running around and somehow savor what is supposed to be the most magical holiday season rather than a self-imposed anxiety fest.

Why not break from the tradition of self-loathing and criticism, looking in the mirror and only seeing the areas that need to be improved? Don’t be tempted by the standard list of the masses, predictably including: reduce alcohol intake, quit smoking, lose weight, stop swearing, write thank yous, finish the novel, get 8 hours of sleep, start yoga classes, clean out closet, run a marathon, save more money, and on and on. These are all admirable aspirations towards a healthier life and having goals is certainly an important component of a productive life. But the point of making a resolution for the New Year is as senseless as dieting in order gorge on a holiday feast. Why wait to January 1st?

Why Wait Until January 1st?

Given the chaos created and generally accepted to be December, perhaps resolutions should be made in November. Or better yet, how about a different type of resolution list that is entirely positive, starting with “own it”. Make a list that celebrates everything you accomplished this past year, all of the good deeds that were done, the great people you met and all the things you love about your appearance. Celebrate the closet you did clean, the cookies you made for teachers, the account you landed and the five times you made it to the gym. Savor each and every accomplishment and task completed, how it made you feel and ride that mojo to keep going in the right direction. Self-reflection is a powerful tool for personal growth, particularly when focusing on positive thoughts and energy, and it should occur on a regular basis.

On another note, perhaps even more productive than listing tasks to accomplish or habits to change would be to list all the positive characteristics we could use more of, recognizing this of course after self reflection. Strengthening or cultivating traits such as being honest, patient, communicative, industrious, principled, prepared, engaged, charitable, productive, determined and even light-hearted; being aware of and having a desire to improve in such areas, some more than others will generally result in accomplishing many tasks as the byproduct of taking on much more meaningful life changing goals.

When and where did the tradition of making New Year’s lists begin? First it is important to look back at earlier celebrations as to how they decided when the New Year would begin. For the ancient Babylonians, some 4,000 years ago, they heralded the day the first new moon following the vernal equinox, the day in late March with an equal amount of sunlight and darkness. Around the world civilizations began pinning the first day of the new year to coincide with a major astrological or agricultural event, such as in Egypt with the annual flooding of the Nile coincided with the rising of the star Sirius. January 1st became the New Year under Roman times, when a Roman king added January and February to the previous 10 month calendar, but over time the calendar fell out of sync with the sun. Julius Caesar consulted with prominent mathematicians and astronomers and introduced the Julian Calendar, closely resembling the Gregorian Calendar, making New Year’s day January 1st. In Medieval Europe, Christian leaders temporarily placed the day to on other more religiously significant days such as December 25th and March 25th (the Feast of Annunciation), but Pope Gregory XIII reinstated January 1st as New Year’s Day in 1582.

Many customs of celebrating the welcoming of the new year have been handed down from various civilizations, adopted by more modern cultures, especially in the form of food; the type of food made, whether shape or ingredients may symbolize prosperity and good luck or the year coming full circle. Other cultures adopted fireworks that are prevalent today. But the practice of making resolutions for the New Year was thought to originate from the Babylonians, as they made promises in order to earn favors with the gods, such as paying off debts. The Romans similarly took vows at the end of the year to the god Janus, for whom January is named. And the knights in the Medieval era took the “peacock vow” to continue to be more chivalrous.

Throughout the history of civilization, the changes of the calendar and when the new year would be celebrated, the tradition was also born of making promises, often to a higher power. I doubt losing weight or running a marathon was among these lists, but in today’s world those acts fall under a broader meaning of self-improvement and sacrifice that somehow does resonate throughout the ages. But for the sake of what modern times and the complexities brought on by globalization, I am left to ponder certain traits that could transform not only the promiser, but the community around them: tolerance, humor and joy. Pledging those three things for yourself and throwing them out to the universe: tolerant of my neighbor and his beliefs; finding humor in the everyday frustrations; seeing joy everywhere I look. These I have adopted for my New Year’s resolutions.